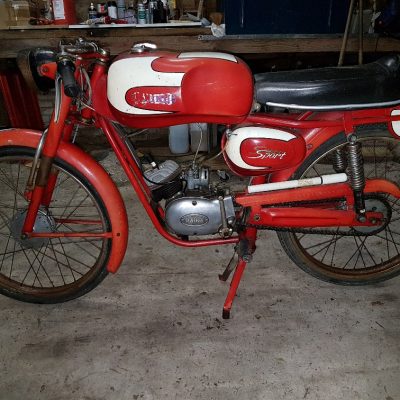 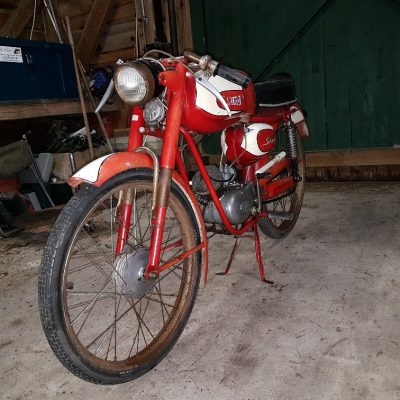 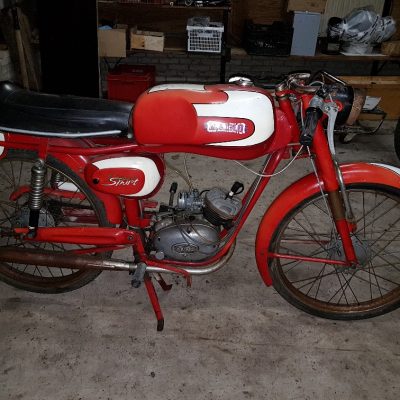 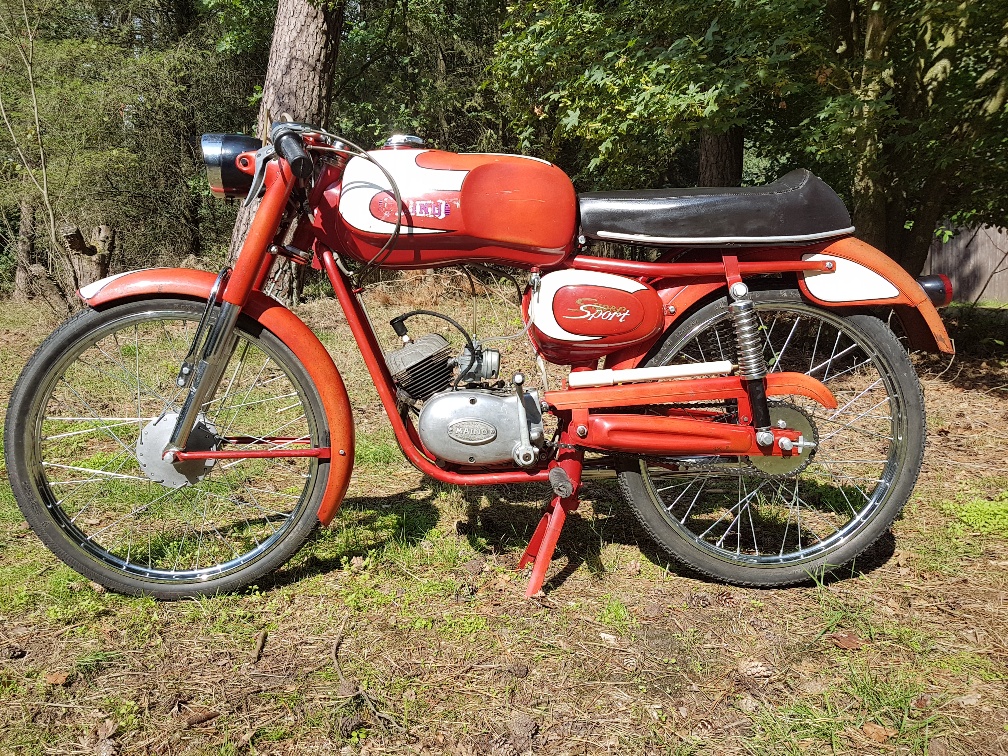 Maino
Here we have a very rare Italian 50cc motorcycle,
We haven’t found any evidence of another super sport in existence. we have found two other Moped examples one in Italy and another fully restored in Switzerland.
Our example was found in Holland its owner had bought it in Italy late 60’s and registered it for Dutch plates in 1973. When we got the bike, it had been dry stored for 27 years. the bike is totally original never been worked on or messed with.
we have done very little choosing to retain its patina and original colours. We have only had the chrome work and white zinc redone, cleaned, polished and fully serviced, it started in first few kicks, and it runs perfectly. You must agree what a stylish and well-proportioned bike it is.
A good investment at a very fair price and super fun to ride.
Offered with a Dutch EU logbook and Netherlands number plate registered in 1973.
below is the only history we can find.
A Brief History of the Marque… Maino

1902-1956
The firm was established in Alessandria in 1896 and is best known for their successful works Racing bicycles winning several main events pre-WW2. Later production of other cycles appeared.

Maino of Italy built in very limited numbers of Motorcycles between 1902 to 1966, with several periods of inactivity. Early machines had Sovereign 2.25ph engines from Switzerland. After 1945, Giovanni Maino built 38cc Mosquito powered mopeds, and lightweights with Garelli, NSU and Sachs engines of 68cc, 98cc and up to 147cc. with his own plates fitted

Looking at the only 3 examples we have ever been able to locate, it’s obvious they must have made up to 1966, the styling and materials scream out 1960s bearing much resemblance to other well-known brands of the day such as Ducati, Morelli, Malaguti, Garelli, Paloma, Benelli etc
If you know more please let us know?